Sally has several solo albums available for your listening pleasure.  However, not content to only work alone, she's recorded with a bunch of other artists too. 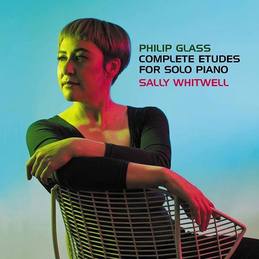 Pianist Sally Whitwell returns to the music of minimalist master Philip Glass in her latest album on ABC Classics, presenting a monumental and immersive journey for solo piano.
In 2011, Whitwell won the ARIA Award for Best Classical Album for her collection of Glass’ music Mad Rush. Since then, her relationship with the composer has deepened, centring around the Etudes – his largest and most significant work for solo piano. After hearing Mad Rush, in 2013 Glass asked Whitwell to give the world-premiere of the Etudes, alongside the composer, at the Perth International Arts Festival; he subsequently invited her to perform them again in New York and Los Angeles. This album is a result of that close collaboration.

​The Etudes – 20 in all, collected together into two Books – were written over the course of two decades between 1991 and 2012, and chart the musical development of one of the most significant composers of our generation. ‘In the beginning of the series, we hear something much closer to the angry young man, rebelling against the academic musical establishment by writing and performing his signature repetitive structures that pull you into an unique meditative space (if you let them). By the end of the series we hear a much more peaceful, pragmatic human. Gone is the angry young man, and in its place a kind of lyricism that aches with the wisdom of life experience,’ Whitwell suggests.

The music is deeply personal for Whitwell, too, who memorised every note of the ninety-minute set. She recalls the first time playing to Glass, the two of them alone in the room: ‘He listened politely, then gave me a one-man round of applause at the end. “Your playing has real poetry in it,” he said. I remember thinking at that moment “I can now die happy”’.
The album was recorded by Tonmeister Virginia Read, who won the ARIA Award for Best Engineer for her previous collaboration with Sally Whitwell.

Stream on Spotify or on Apple Music

I was flying - music by Sally Whitwell 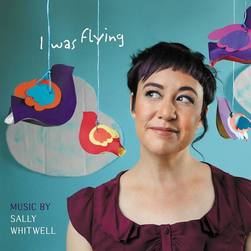 ​I was flying is Sally's debut release of all her own compositions. Here's the official blurb...

Dual ARIA-Award-winning pianist and composer Sally Whitwell returns with the first-ever album of her own compositions: I Was Flying.

The album combines works for solo piano with music for choir and for solo soprano, as well as a range of instrumental chamber music. Sally is joined by a number of her musical friends: rising-star soprano Alexandra Oomens,﻿﻿ VOX (Sydney Philharmonia’s choir for 18-30 year olds, with whom Sally frequently works and performs), the Acacia Quartet, flautist Sally Walker and violinist Kirsten Williams.


Sally’s solo piano music forms the backbone of the disc. Best-known for her acclaimed albums of music by Michael Nyman and Philip Glass, Sally’s music inherits these composers’ minimalist feel, but imbues it with colour and style that is all her own. Her writing for voice – whether the Alexandra Oomens’ solo soprano or VOX – centres around a close symbiosis of word and music, creating vivid and imaginative sound worlds.

Accordingly, the vocal works on the album set words from a wide variety of authors, from poets of the Romantic canon to Australians: Lord Byron, Christina Rossetti, Percy Bysshe Shelley, Monique Duval, WB Yeats, Michael Rosen, Michael Dransfield, and Sally herself. Many of the compositions draw on Sally’s relationship with her partner Glennda; but the album roves across a number of subjects, including musical ruminations on an immigrant life, the Sydney to Newcastle train journey – and works inspired by Sally’s relationships with the musicians on the album.

The album was recorded by ABC Classics at Eugene Goossens Hall, ABC Ultimo, with Tonmeister Virginia Read (winner of the 2013 ARIA Award for Best Engineer).

Stream on Spotify or on Apple Music 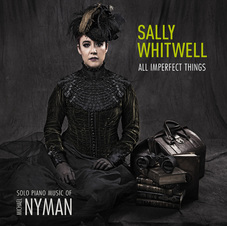 In her third solo album release, Sally delves into the postmodern.  In her own words...

"Reinvention. Reclamation. Remixing.  This is, at least in some part, the essence of postmodernism in music. It's particularly true of the work of British composer Michael Nyman who appropriates everything from Purcell and Chopin to Scottish folksong and Jerry Lee Lewis, and presents it back to us combined into what I like to call "Baroque'n'roll" or "Electromantic" or… something. "Included is music from films The Piano, The Draughtsman's Contract, A Zed and Two Noughts and Anne no nikki (Diary of Anne Frank).  There are also two tracks from cult Sega Saturn computer game Enemy Zero. This album won two ARIA Awards in 2013, Best Classical Album and Best Engineer for Virginia Read.

Stream on Spotify or on Apple Music
​

The Good, the Bad and the Awkward 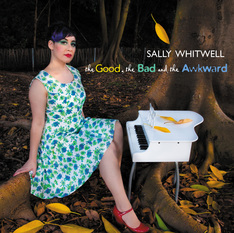 Let's go to the movies!  Sally's sophomore album is a collection of music from film.  It's a loving tribute to some of Sally's favourite characters - incredibly imperfect, beautifully blemished and fabulously flawed!

The album earned an ARIA nomination for Best Classical Album 2012.


Stream on Spotify or on Apple Music 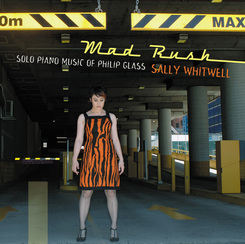 Sally's debut solo album is an intimate collection of solo piano music by one of the greatest composers of our time, Philip Glass.  The crystalline tones of the Australian Stuart and Sons piano is perfectly suited to this repertoire, a contemporary instrument for contemporary music.

"Her playing is intense, highly charged and technically assured." Review by Mark Coughlan, The Australian

This album won the ARIA Award for Best Classical Album in 2011.

​Stream on Spotify or on Apple Music
Powered by